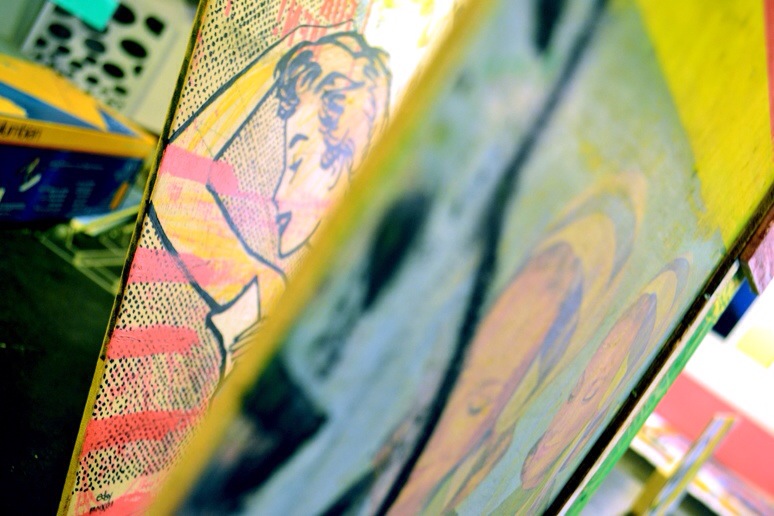 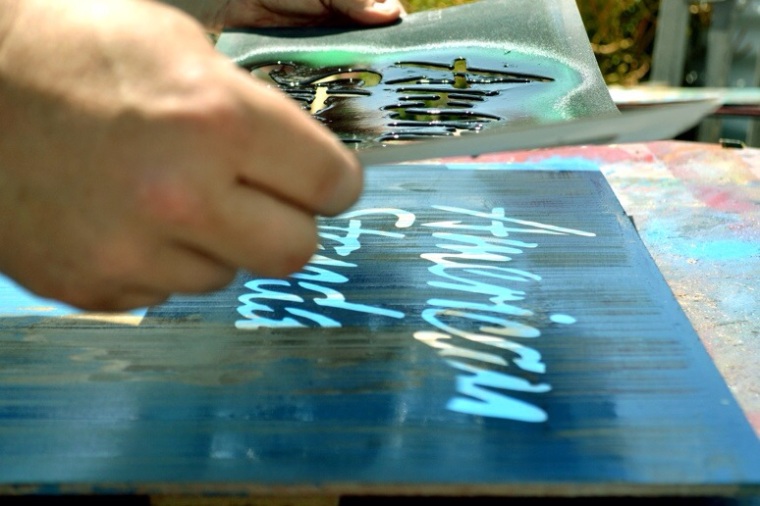 Street artist Pastey Whyte debuts as Edsy for his first Los Angeles solo show. The works in American Standard are not street art, they are a deeper inspection of the themes and feelings that his street art allude to. Edsy has created an important body of work, rich in meaning, and often containing more than one. His pieces are thought-provoking, exude balance, and present an edginess while maintaining a comforting sense of nostalgia.

“American Standard is a show based on the art and culture of the middle part of the 20th century. It is the era that influenced my childhood view of the world. I was born in 1965 so I’m not a Baby Boomer, but the images and culture of the Boomers really permeated my young mind. I grew up in a small farm in Western New York. Magazines and television were my escape, my window on the world. There were always large stacks of old Life, and Look magazines in my parent’s basement; and the television was always on. There were constant reruns of The Andy Griffith Show, Gomer Pyle, Batman, Bonanza, Mr. Ed, and on and on. I absorbed these midcentury images and subtext as if they were folk songs. I can still see them and feel their influence in today’s super powered internet driven culture.” – Edsy

Every day objects are muted in their day to day existence, as are most of the iconic images we see in our daily routines. With wit and boldness, Edsy brings them back to life, reminding us to think for ourselves and to find humor everywhere.  This is a show for the sentimental and the bored. The left and the right. The rich and poor. 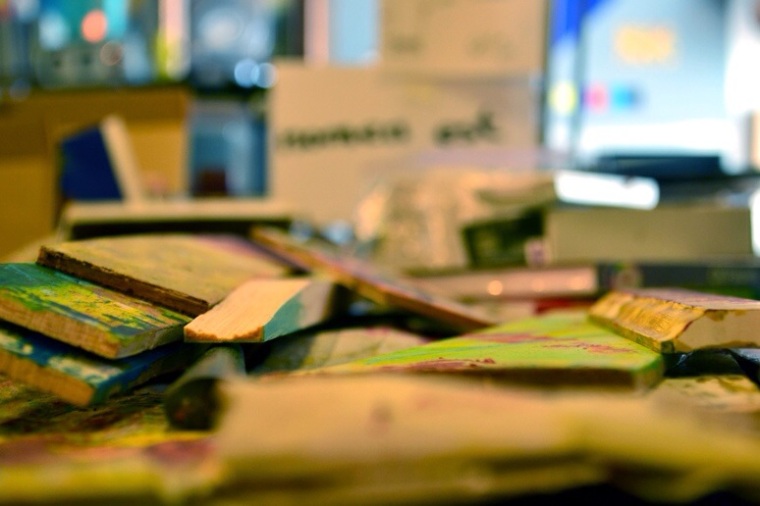