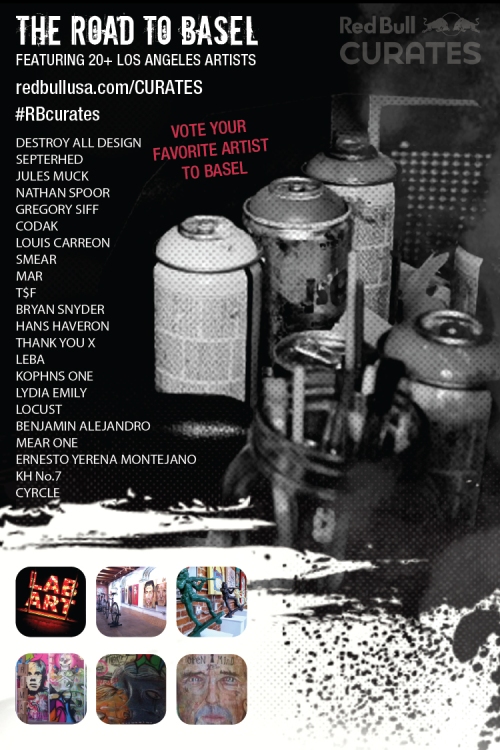 Red Bull Curates: The Road to Basel is touring the United States and giving artists wings. With gallery reveal events planned in Los Angeles, Chicago, New York City and Miami, the program will engage 20 local emerging artists in each city who will participate in an innovative art creation platform that will culminate in the opportunity to showcase work at a Miami art fair during the 2012 Art Basel season. At the show’s close, one Grand Prize finalist will be announced. As the follow up to the pilot program initiated in San Francisco with Arts Fund in 2011, the Los Angeles launch of Red Bull Curates: The Road to Basel will include artist production days on Sunday, April 1 and Monday, April 2 followed by a climactic art exhibition on Thursday, April 5 at Lab Art complete with a celebrity host panel and live entertainment.

Red Bull Curates: The Road to Basel (Los Angeles) will feature work from some of the city’s most innovative contemporary artists on canvas-wrapped Red Bull mini-fridges. During the production process, artists will create their works in concert on premises at Lab Art, Los Angeles’ premiere street art gallery.

A celebrity-hosted curatorial panel led by acclaimed director and author Jon Reiss, along with a social media platform that allows patrons of the arts to participate in a democratized voting system, will round out the program. The process will conclude with a blowout gallery celebration on April 5, revealing the three Los Angeles art ambassadors whose work received the most votes. Winners will be awarded an all expense paid trip to Miami during Art Basel 2012 to participate in a Red Bull Curates group show. Participating artists include the following:

The functional works of art created during the Red Bull Curates: The Road to Basel program will be on display during the gallery launch at Lab Art and later exhibited at exclusive social environments – bars, lounges and restaurants – where the public can continue to enjoy them around the hippest Los Angeles neighborhoods.

The launch party will be hosted on April 5, at 9 PM at Lab Art in West Hollywood. Fans can watch the creation process and help send their favorite artists to Miami by voting at http://www.redbullusa.com/curates. 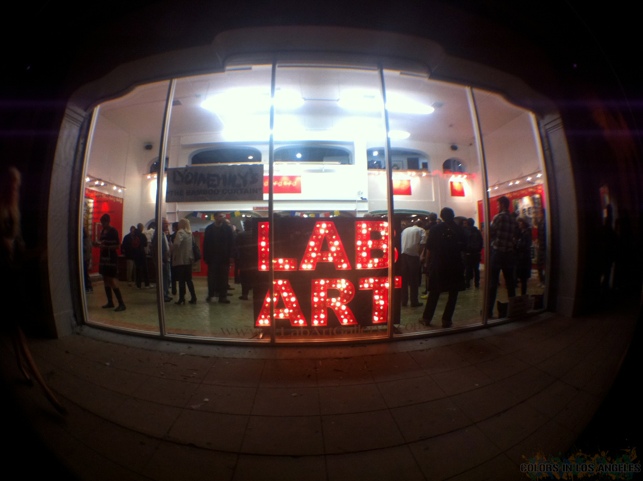